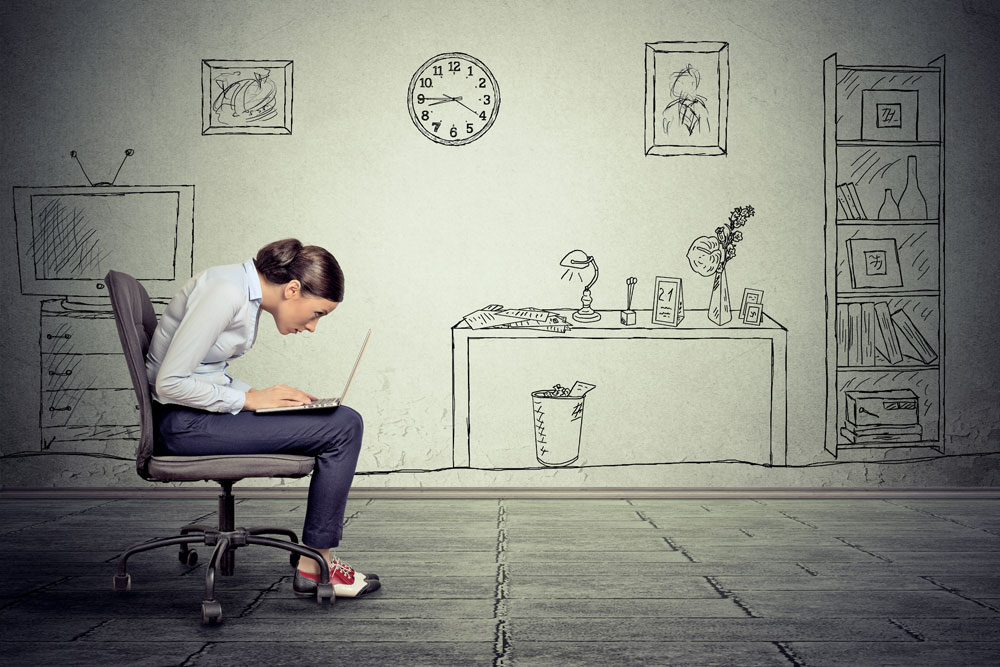 If you’re reading this, it’s more than likely that you sit too much – in the car, at your desk in the office, during your commute, in the evenings after work. Even playing games these days is usually done sitting down, in front of a computer. It’s no wonder that most of us spend between 55 and 70 percent of our day sitting down, with some estimates putting this figure at closer to 90 percent when sleep is included in the equation.

Studies from Canada, Australia and the US show an association between a sedentary lifestyle and premature mortality. But before you stop reading this article thinking that this doesn’t apply to you because you work out regularly, think again. Studies have differentiated between too much sittingand too little exercise, whereby one can be an “Active Couch Potato” – someone who’s physically active (spending at least 30 minutes of moderate intensity physical activity on most days of the week), yet sits for extended periods of time.

“Sitting is more dangerous than smoking, kills more people than HIV and is more treacherous than parachuting. We are sitting ourselves to death,” says Dr. James Levine, director of the Mayo Clinic-Arizona State University Obesity Solutions Initiative.

Coined as “the new smoking”, prolonged sitting can compromise our metabolic health and here are some reasons why you should care.

Activity increases blood flow and releases mood-enhancing and cognitive chemicals. With inactivity comes reduced blood flow throughout our body, leading to a slowing down of brain function. The result is brain fogginess. One study also suggested that sitting for more than seven hours a day increased the risk of depression by 47% when compared to sitting for four hours or less per day.

With blood pooling, blood flow tends to get sluggish allowing fatty acids to build quicker resulting in plaque, elevated cholesterol and eventually heart disease.  If we are up and moving, fatty acids are better flushed from the circulatory system.

Prolonged sitting for a good portion of your work day can also increase the risk for certain cancers. While not fully understood, scientists think the lack of movement could be linked to an inflammatory cascade of metabolic processes, triggering overactive cell growth, particularly in the colon and also linking to endometrial cancer.

When we are up and moving about, standing or even sitting up straight, our abdominal muscles support our back.  But when hunched over, the abdominal muscles relax and hang loose. As a result of this lack of use, the muscles weaken and extra pressure is transferred to the back muscles. This muscle imbalance can eventually lead to a condition called sway back, resulting in back pain.

In addition, sitting for extended periods can also lead to a shortening and tightening of the hip flexors. Over time, this reduces the range of motion in the hips, increasing the risk for imbalance and instability, leading to an increased risk for falls.

Herniated discs are also a common condition brought about by prolonged sitting. The psoas muscle – the muscle running from the hips to the spine that provides stability – tightens. Over time, it shortens up from non-use and pulls the lower spine forward putting excessive pressure on some of the intervertebral discs. Eventually these disks, which function as sponge-like shock absorbers in between the vertebrae, squeeze out, causing pain and sometimes surgery to correct the condition.

So, should you race out and invest in a standing desk?

Not necessarily, because standing still for prolonged periods is not without issues either. It can bring on blood pooling also, along with heart disease, varicose veins, joint pain in the knees and muscle fatigue. However, standing is more active and therefore better than sitting on its own, with a UK study finding that there is a significant increase in heart rate and energy expenditure, when comparing the two.

A sit-stand desk may therefore be of benefit, but the bottom-line is that it is neither standing nor sitting per se, but intermittent movementthat is the key.

In other words, the solution is to frequently move around and not sit or stand for too long at a time. In fact, studies have found that positive changes to metabolic biomarkers were associated with breaks in sedentary time. This included transitional movements, from sitting to standing, or from standing still to walking.

The bottom-line then is to think how you can make your day more active. The ideal would be to move between 5 and 10 minutes out of each hour. What simple changes could you make to your day?

Here are some suggestions.

Adopt the curiosity that comes with a youthful mind and experiment to find what works for you. It’s not always easy when you start but like any habit, it becomes easier with both time and practice. And the next time that colleague who’s been annoying you, because they seem to take such frequent breaks, goes for yet another walk? Rather than getting vexed again, take that as your cue to take a leaf out of their book and do your health a favour!