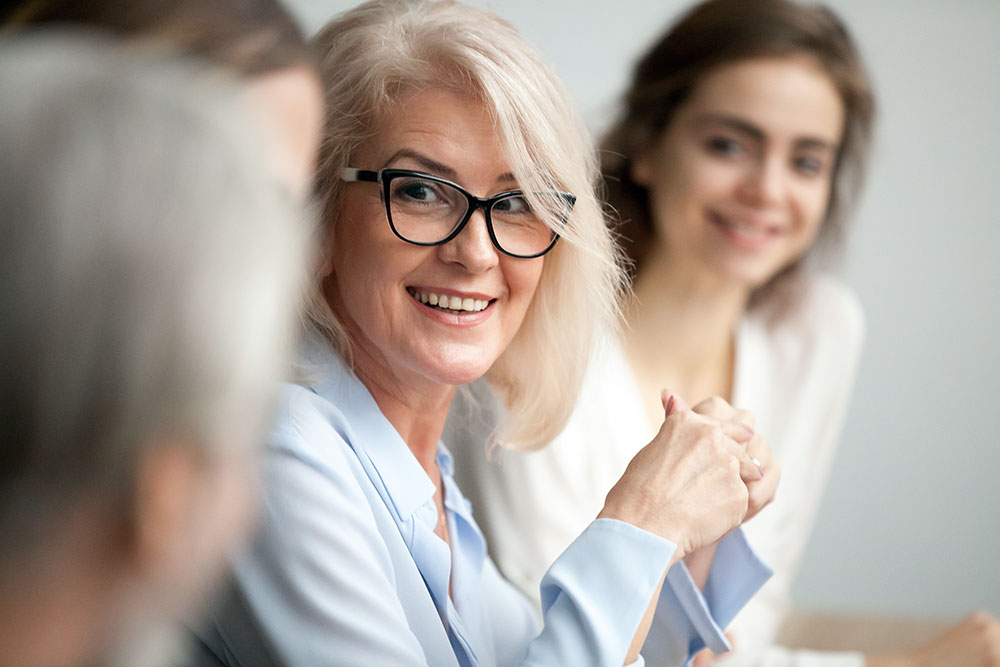 Not every nutritional therapist practices in the same way. In common with nutritionists, we all care about the nutrients that one gets from food and that food can be medicine. However, as a nutritional therapist trained in the Functional Medicine approach, my approach goes much wider and much deeper. Like Sherlock Holmes, I look to understand what is happening in your body and how your diet and lifestyle may be contributing or may have contributed to your health challenges. And with the aid of laboratory testing, a detailed picture is pulled together to form the foundation of a fully personalised and powerful programme.

This is how Elizabeth overcame more than 10 years of fatigue to regain the energy she needed to have a full family and business life once again.

One caveat though. Please be aware that all the recommendations provided to Elizabeth are individualised and unique to her. It is based on a deep dive into her health history and personal biochemical make up, to establish the interactions in her body that could be contributing to her symptoms, which is the essence of Functional Medicine.

Elizabeth, 55, is chief executive of her own consultancy. She had always been active and full of zest and positive energy. Inspiring and charismatic, she was a dynamic business-woman, who had led an active lifestyle with her husband and two young children. She practised yoga, and loved travelling, regularly holidaying abroad.

About ten years earlier, Elizabeth had started to feel fatigued. She originally put it down to having had her children late, and running a growing business at the same time. Her fatigue worsened after she had been diagnosed with breast cancer and underwent subsequent treatment, but four years afterwards, her tiredness wasn’t getting any better. Instead, she was feeling tired all the time. She had also started to suffer from brain fog, and was unable to think as clearly.

The first task was to review Elizabeth’s food diary in conjunction with her Health Programme Questionnaire. A few things jumped out.

Elizabeth had been mostly vegetarian since her teens, eating fish only occasionally. She had also started eating the odd serving of chicken once in a while. She wasn’t eating much by way of processed or refined foods, and was generally eating quite healthily. However, she was falling short in two key areas. Elizabeth needed more protein, and the omega-3 fatty acids, EPA and DHA. For example, protein is required to make haemoglobin, which is a protein in red blood cells that carries oxygen throughout the body. Low levels of haemoglobin could therefore contribute to lack of oxygen, and ultimately fatigue.

Also, research has shown that fatigue arising from chemotherapy and radiotherapy treatment, which Elizabeth had undergone several years before, can persist for several years afterwards. It is thought that this may arise from altered immune system signalling in the body, that can increase inflammation and contribute to feelings of tiredness. The omega-3 fatty acids, EPA and DHA, have been found to play anti-inflammatory roles in the body, and as Elizabeth was not eating much by way of oily fish, this could have been contributing to a reduction in the body’s ability to reduce inflammation. Although she may have been consuming some omega-3s in plant form, such as through pumpkin seeds, sunflower seeds, or walnuts, the body’s ability to convert these into the active forms, EPA and DHA, is low and variable. Hence, the recommendation to eat one to two servings of oily fish a week.

I also considered whether Elizabeth might be low on vitamin B12 and iron, which are common nutrients that can be deficient in vegetarians and which can contribute to symptoms of fatigue, as shortfalls can result in anaemia. I recommended that Elizabeth increase her intake of iron-rich foods, found in foods such as beans, nuts and dark leafy greens. Poultry and eggs are also good sources of iron, and Elizabeth agreed to start eating these foods, which would provide her with increased protein too.

With Elizabeth’s consent, I wrote to her GP, requesting that she be tested for anaemia, so that we could eliminate that as a possible cause of her fatigue.

Although Elizabeth had identified stress as being a trigger that worsened her fatigue, she indicated that she did not have a stressful lifestyle. She felt tired in the evenings and regularly went to bed at about 9 p.m., waking up the following day at 7 a.m., but still did not feel refreshed.

Due to Elizabeth having undergone cancer treatment several years before, I wanted to gain insight into how effectively her energy production cycle might be working, her gut health and whether she might have an imbalance in her gut flora, known as dysbiosis. Research had shown that chemotherapy can lead to inflammation in the gut, and this can adversely alter the gut microflora. Think of your gut flora as being similar to a garden. If you strip it bare in many places, this leaves it open to weeds taking a hold and growing where you don’t want them to. So similarly, if the chemotherapy had reduced Elizabeth’s gut flora significantly, this could have provided unfriendly bacteria or yeast with an opportunity to fill in the gaps.

Elizabeth agreed to do an Organic Acids test, which is a urine test. Her results showed several bottlenecks in her energy production cycle, and elevated nervous system activity. It was as if her nerves were “on” all of the time. She also had elevated levels of chemicals known to be produced by yeasts or fungi, and indications of an imbalance in her gut flora. This prompted a stool test, which showed that she had a very high level of growth of a yeast known as Geotrichum and the presence of a parasite. Interestingly, Elizabeth had visited India just over ten years earlier, which may explain where she might have picked this up. This provided the insights we needed, as to the factors that may have been contributing to Elizabeth feeling constantly fatigued.

I recommended a supplement programme that included a four-pronged approach to helping rebalance her gut flora: anti-microbials and anti-fungals to reduce the yeast and parasite overgrowth, probiotics to support beneficial gut bacterial growth, and a small amount of an amino acid called L-glutamine to help with gut healing. In addition, I also recommended a supplement which contained calming herbs to provide support for her nervous system, and specific supplemental vitamins and minerals to break through the bottlenecks and help the energy production cycle.

At our first consultation, she had scored herself an 8 out of 10, for how much her fatigue was bothering her, and this had now reduced to a 6.

I explained that we could have taken a harder hitting approach with her gut rebalancing programme. However, because of the very high overgrowth in both the yeast and the parasite, a rapid die off of both of them could cause a marked increase in the level of toxins being released, which could lead to her feeling sick and even more fatigued. Her programme was a gentler approach, and now that she had been on the anti-fungal programme for several weeks, I added some krill oil to her programme, as this is high in phospholipids and astaxanthin, which can help with reducing free radical activity and supporting mitochondrial repair.

One month later, I saw Elizabeth again. Her fatigue score which started at 8 out of 10 for the extent to which it was bothering her, had gone down to 6 at the previous consultation, and was now at 1! She said that she had experienced a massive difference since the last consultation. She no longer had a foggy head and her eyes now felt like “different eyes”. When out to dinner at a friend’s, she no longer had to go home by 10:30, and was happily able to stay until midnight. Elizabeth was also better able to enjoy her business life once again. She could now give client presentations for two days in a row and not feel completely worn out. She said that she was “feeling really good” and she gave herself a wellbeing score of 9 out of 10.

I did not need to see Elizabeth again after that. However, as I was writing up this case study, I followed up with her to see how she had been getting on. It’s now been four months since our last consultation. She wrote, “Working with you on my health last year was one of the top highlights of my year. You have transformed my energy and my life and you have set me up for a healthy and energetic next phase of my life – so a huge thank you!”

Our body systems are inter-related, and simply taking a pep pill would not have worked. There’s plenty of research and detective work that goes on behind the scenes to uncover possible contributing factors, and Elizabeth was incredibly committed to the process. She was willing to radically change her dietary habits when she understood the biochemistry behind the food, and how that may have been contributing to her health concern. She was also vigilant with her supplementation programme. She even involved her children who loved the 2-ingredient breakfast pancakes recipe I shared with her. I have been honoured to witness Elizabeth’s transformation, and am so pleased to have been able to walk with her on this journey.